In 1982, Luxembourg’s very own Princess Margaretha, daughter of Jean, Grand Duke of Luxembourg, and younger sister of Henri, Grand Duke of Luxembourg, married Prince Nikolaus of Liechtenstein, brother of the current reigning prince, Hans-Adam II. In fact, their’s was the last marital union between two reigning European houses. For the time being, this is the last dynastically equal marriage between two sovereign houses currently reigning in Europe. Luxarazzi points out that princess Maria Annunciata of Liechtenstein, the firstborn of the couple, and her siblings, are one of the very few people in this world who can call two uncles head of state.

Her Royal Highness Princess Margaretha, Princess of Liechtenstein was born on 15 May 1957 at Betzdorf Castle. She is the younger daughter of Grand Duke Jean and Grand Duchess Josephine-Charlotte, and the twin sister of Prince Jean. Princess Margaretha was educated in Luxembourg, where she attended the European School. She later studied in Belgium, Great Britain and the United States of America.

Luxarazzi points out that Princess Margaretha and Prince Nikolaus had basically known each other for most of their lives as their parents had been friends for many years and the Grand Ducal Family had regularly spent their skiing holidays in the alpine principality, though it took them a hunt and the wedding festivities of then Hereditary Grand Duke Henri to get well acquainted and fall in love. This wedding was of course a full blown state affair. Before the actual wedding, festivities and receptions were held in Liechtenstein. On 20th March 1982, the couple first got civilly married at the palais grand ducal and later religiously at the Cathédrale Notre Dame, just as two of the bride’s older siblings had done before her.

The religious wedding was celebrated by the Archbishop of Luxembourg Jean Hengen, the Apostolic Nuncio in Luxembourg Eugène Cardinale and the Bishop of Chur Dr. Johannes Vonderach. (Note: At the time Liechtenstein still belonged to the Roman Catholic Diocese of Chur; the Archdiocese of Vaduz was only founded in 1997 to settle a few quarrels within the Diocese of Chur and reportedly against the will of the Princely Family.)

His Serene Highness Prince Nikolaus (born 24 October 1947) was born in Zürich as the third son of Franz Joseph II, Prince of Liechtenstein and of his wife, Countess Georgina von Wilczek.

Prince Nikolaus completed his primary education in Vaduz before attending the Schottengymnasium in Vienna and the Lyceum Alpinum Zuoz. From 1968 to 1972 he studied law at the University of Vienna from which he graduated with the degree Doctor iuris.

From 1973 to 1974 Nikolaus was Wissenschaftlicher Assistent at the International Committee of the Red Cross in Geneva. From 1975 to 1976 he worked for courts in Vaduz.

He had a vast diplomatic career. From 1977 to 1978 he was an advisor to the Office of International Relations of the Liechtenstein government. From 1979 to 1989 Nikolaus was Permanent Representative of Liechtenstein to the Council of Europe in Strasbourg.

From 1986 to 2017 was non-resident Ambassador of Liechtenstein to the Holy See, being succeeded by Prince Stefan in December 2017; he was the longest serving ambassador to the Holy See of all nations and vice dean of the Diplomatic Corps.

The three children of Princess Margareth and Princess Nikolaus are:

Her Serene Highness Princess Maria Anunciata (born the 12th May 1985). In the history there was a queen of Naples that was called Maria Anunciata Bonaparte living from 1782 to 1839. Anunciata (or Annunciata) is an Latin-Italian name and it means the promising. She is working for a company that researches the history of art.

Her Serene Highness Princess Marie-Astrid (born 26th June 1987) has a name that has its roots in Princess Margaretha’s family; thus her sister Archduchess Princess Marie Astrid from Austria also has that name. Astrid is a Skandinavian name meaning the rider of God

His Serene Highness Prince Josef-Emanuel (born 20th May 1993) also has a difficult name. Josef is Hebrew and means God gives propagation. Emanuel is also Hebrew and means God with us. He attended Sandhurst, together with Hereditary Grand Duke Guillaume of Luxembourg. For the son of Prince Nikolaus and Princess Margaretha to be able to attend Sandhurst, a special treaty had to be signed between Prince Hans-Adam II of Liechtenstein and Queen Elizabeth II of the United Kingdom as Liechtenstein does not have a national army. With his graduation from the prestigious British military academy, the prince followed in the footsteps of his grandfather Grand Duke Jean, his uncles Grand Duke Henri and Prince Jean of Luxembourg and the late Prince Wenzel of Liechtenstein as well as his cousins Hereditary Prince Alois and Hereditary Grand Duke Guillaume.

(Prince Leopold-Emanuel was born the 20th May 1984) (but he died the same day!)
Some pictures of their beautiful family:

Prince Nikolaus at the Vatican

From 1986 to 2017, Prince Nikolaus was non-resident Ambassador of Liechtenstein to the Holy See, being succeeded by Prince Stefan in December 2017. He was the longest serving ambassador to the Holy See of all nations and vice dean of the Diplomatic Corps.
Prince Nikolaus has been heavily involved in the process of signing a concordat with the Holy See, leading the country’s delegation who worked on the concordat. He frequently spoke about the separation between Church and State, for example in a 2013 debate initiated by Prince Hans-Adam II after the erection of the archbishopric of Vaduz by the Holy See.  Even in later interviews, such as in 2016, he noted that this is ongoing issue and referred to it more along the lines of „unbundling” the two, rather than separating them. He also spoke about his faith and the commitment of Christians in Europe, such as in Autumn 2014 in Toulon, France.

He was present at important events of the Catholic Church in the last 30 years, sometimes alongside the Princely Family of Liechtenstein, such as the Beatification of Pope John Paul II on 1 May 2011, the Papal inauguration of Pope Francis, on 19 March 2013, and the Canonization of Pope John XXIII and Pope John Paul II on 27 April 2014.
Despite being non-resident ambassador, he was very present at the Vatican. Some examples: On Good Friday, April 2012 or April 2015, Prince Nikolaus and Princess Margaretha attended the Celebration of the Lord’s Passion liturgy at the St. Peter’s Basilica in Rome. In January 2012 or January 2015, Prince Nikolaus and Princess Margaretha were at the Vatican for the Pope’s „State of the World” speech (then Pope Benedict XVI, later Pope Francis). In January 2016, he was present at the annual new year’s reception of the members of the diplomatic corps by Pope Francis. He was last seen at the Vatican in April 2017, when His Holiness Pope Francis received the entire Princely Family of Liechtenstien at the Vatican:

He was also involved in topics of philosophy. In September 2015 he attended the inaugural conference in Granada, Spain, for the Institute of Philosophy Edith Stein, which is a sister organization to the Liechtenstein-based International Academy of Philosophy. The conference, entitled „Realist Phenomenology: Josef Seifert and the Christian Tradition”, celebrated the 70th birthday of Austrian-born philosopher Josef Seifert, who has been a friend of Prince Nikolaus for several decades, as well as a friend of the late Pope John Paul II.
In October 2014, Prince Nikolaus delivered the welcome address at the Liechtenstein Islamic Finance Conference. The title of the all-day conference was “Islamic Finance and Sustainability: A new Business Model for Financial Centres?” The overall focus was to explore how traditional Islamic banking and finance can benefit Liechtenstein, and vice versa. The larger goal was to consider how to make current banking in Liechtenstein compliant with Islamic traditions, in order to create an environment conducive to new banking opportunities.

The eldest daughter, Princess Maria Annunciata of Liechtenstein, is the prized jewel of the Princely Family. Representing, together with her siblings, the closest union between the Princely Family of Liechtenstein and the Ducal Family of Luxembourg, she will be seen participating, together with her brother and sisters, on numerous occasions such as royal anniversaries and weddings, as well as fashion events and artistic exhibitions.

October 13 2015. Princess Maria-Anunciata and Princess Marie-Astrid, were among the guests for the pre-opening of Frieze London. At the contemporary art fair the daughters of Prince Nikolaus and Princess Margaretha were seen talking to Princess Eugenie of York, granddaughter of the British Queen.

Princess Maria-Annunciata of Lichtenstein (3-L) about to deliver a speech at the celebration of Grand Duke Jean de Luxembourg’s 95th anniversary, in January 2016, together with Prince Guillaume of Luxembourg (speaking), Prince Paul Louis of Nassau (L), Prince Constantin of Nassau (2-L) and Archduchess Marie-Christine of Austria of Limburg-Stirum, Royal Highness Crown (4-L). Each of them represented the five lines of Grand Duke Jean’s descendants.

Princess Maria Annunciata (eldest daughter of Princess Margaretha of Liechtenstein) speaking a prayer on behalf of her grandmother: „Mother of God, look for all the victims of the terrible tsunami disaster which deeply moved our grandmother. Keep watch of the whose who are struggling and suffering and of the whose who are suffering from their family they lost there. May you bring them all hope and peace!”

Princess Maria Anunciata of Liechtenstein curated the exhibition “Picasso: Between Cubism and Classicism, 1915-1925″ at Rome’s Scuderie del Quirinale. She attended the preview in September 2017 at Rome, Italy. The exhibition celebrates the centennial of Pablo Picasso’s trip to Italy in 1917 with friend Jean Cocteau.

Princess Anunciata with Mario De Simoni at his decoration. The Ambassador of Spain in Italy, Jesús Gracia Aldaz, has delivered, in a ceremony held in Rome, the honors Encomienda de la Orden del Mérito Civil, conferred by the Ministry of Foreign Affairs and Spanish Cooperation, on behalf of the King of Spain, Felipe VI, to Mario De Simoni and Matteo Lafranconi, leading figures in the field of cultural management in Italy.  As responsible for the management of the Scuderie del Quirinale, he promoted the organization of numerous events, including major exhibitions in which Spain was present in significant ways, such as „Picasso. From cubism to Classicism”, in 2017, curated by Princess Anunciata.

On July 26th 2014. Prince François d’Orléans, nephew of the Orléanist claimant to the defunct French throne, married Theresa von Einsiedel in Straubing near Munich, Germany.  Probably more due to friendly ties instead of this relation, Princess Maria-Anunciata, elder daughter of Prince Nikolaus and Princess Margaretha, was among the guests of the wedding.

On August 1st 2015, Pierre Casiraghi, son of Princess Caroline of Hanover (and Monaco), married Italian aristocrat Beatrice Borromeo on Isola Bella, one of the Borromean Islands on Lago Maggiore in Italy. Among the guests for the nuptials were Prince Félix and Princess Claire of Luxembourg as well as Princess Maria-Anunciata of Liechtenstein.

On May 15th 2017, Princess Marie-Gabrielle, oldest child and only daughter of Prince Jean and his former wife Hélène Vestur, civilly married Antonius Willms in Luxembourg. Also in attendance for the civil ceremony were Princess Margaretha as well as her children Princess Anunciata, Princess Astrid and Prince Josef.

On July 8th 2017,Hereditary Prince Ernst-August of Hanover married Ekaterina Malysheva. Among the guests for the religious ceremony at the Marktkirche was Princess Anunciata. 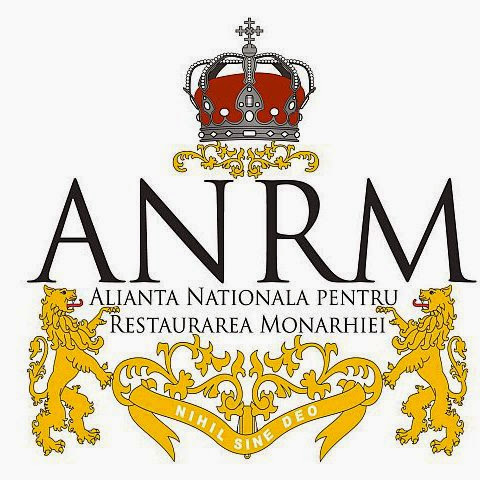